Aug 15 is a black day for Sikhs of Punjab: Dal Khalsa 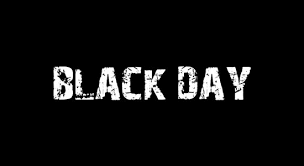 In a rare show of unity, political and religious Sikh groups have come together to protest the continuous throttling of their rights and suppressing of their political aspirations for Azaadi, since the last seventy years.

These groups will hold a demonstration on August 15 at Ludhiana proclaiming Sikh defiance of Indian nationalism, the party said in a statement issued to PTK

The groups that have joined hands include Dal Khalsa, Akhand Kirtani Jatha, Sikh Students Federation and Sikh Youth of Punjab. Terming Indian independence day as a black day for Sikhs and other minorities, they jointly gave a call for boycott of celebrations.

Addressing the media, Dal Khalsa chief Harpal Singh Cheema said on Aug 15 while Indians celebrate their freedom, it would be an occasion for the Sikh people to uphold their own cause of Sikh Sovereignty.

He said 70 years ago the two nations (Hindus and Muslims) got their freedom, the third nation- the Sikhs lost the opportunity to be free. Since then, we are engaged in a bitter and relentless struggle to be free from Indian clutches, said he.

Events of the last seventy years and more so of the last few years including abrogation of rights, political subjugation, atrocities against Sikhs, Kashmiris, Dalits and incidents of sacrilege of Guru Granth Sahib reinforce our commitment to continue our fight for Sikh independence, said Cheema.

The party president said that the very notion of Indian independence is questionable.

The systemic, undemocratic denial of the right to self determination of the Kashmiris and Sikhs exposes the brutal functioning of the Indian state, said Kanwar Pal Singh of the Dal Khalsa.

“We urge the people including teachers and children of schools and colleges to stay away from government-sponsored functions as there was no reason for Sikhs to celebrate August 15“, said the leaders.

Singh said the protest rally at Jagroan Bridge on August 15 would be peaceful and disciplined. He said theirs activists carrying black flags; placards and banners would stand at the bridge to convey their opposition to Indian hegemony. “The aim is to show our resolve and desire forAazadi from India,” said the leader.

Will quit BJP, if not allowed to hold Tiranga rally in Kashmir: BJP leader

Govt ready to address 'grievances': Modi on Kashmir at All party Meet