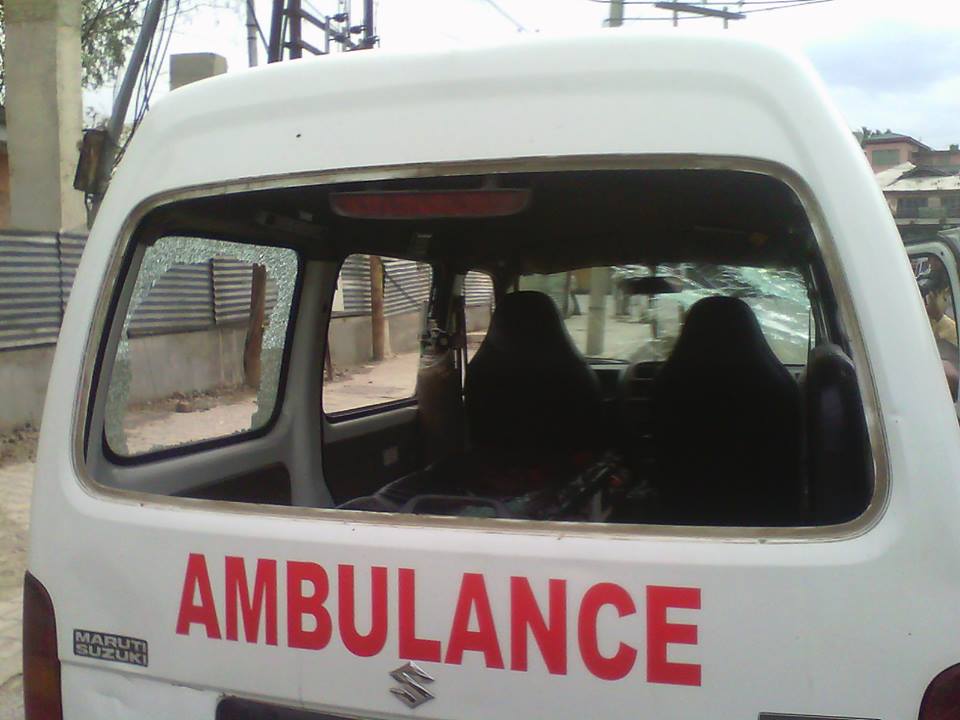 Another ambulance (JK03D-6484) driver from the same hospital told this reporter that CRPF stopped him at many checkpoints from Anantnag to Pampore and beat him to pulp. “The gun wielding CRPF men were furious why I was ferrying wounded youth to hospital. A youth who confronted a gun totting CRPF man was ruthlessly beaten up while they all hit the windshields of my ambulance,” he said adding that it is a risky job to ferry wounded youth to the hospitals.
“They not only beat us up but also wasted our precious time,” the drivers added. 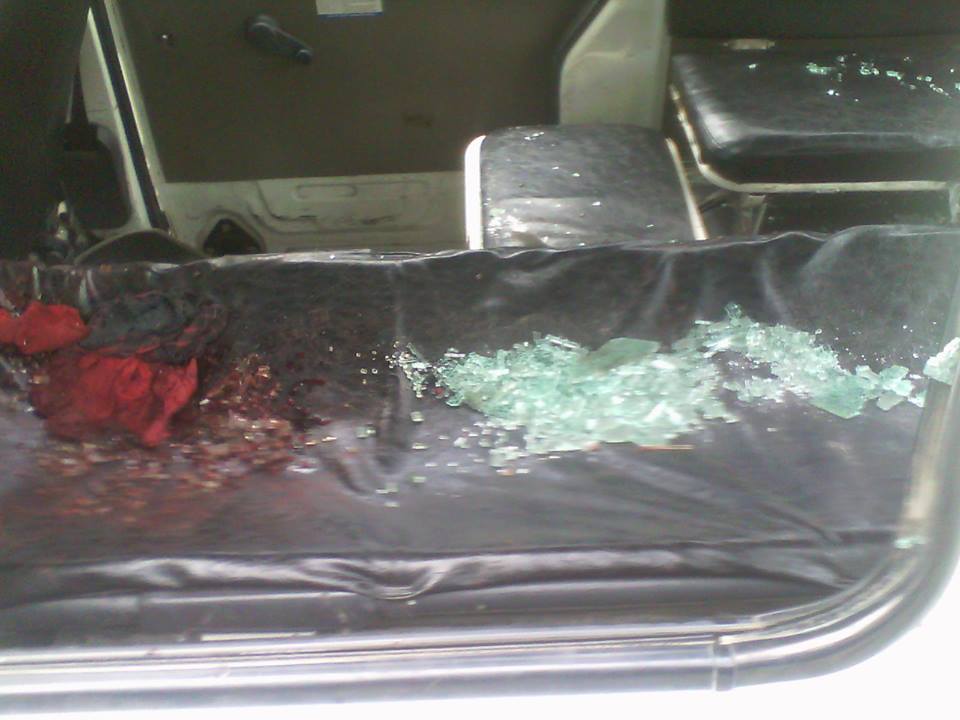 Eyewitnesses told CNS that CRPF personnel damaged scores of private vehicles on Srinagar-Jammu highway near Sangam area. The people were on way to their respective areas after attending funeral prayers of Hizb commander Burhan Wani. “A group of CRPF men stopped a Sumo vehicle and pounced upon four passengers. They beat them so ruthlessly that they were unable to move an inch. We don’t know what happened to them as we fled from the spot,” said an eyewitness.
Despite repeated attempts spokesperson CRPF could not be contacted for the comments.