by NIGAHBAN
0
Share on FacebookShare on TwitterWhatsappTelegramEmail
While most of Kashmir is under curfew and restrictions to prevent escalating tensions over the killing of militant Burhan Wani, a series of clashes was reported from other areas. Police sources said that at least four persons were injured in separate incidents since Friday evening and all of them are admitted to various hospitals and out of danger.

On Friday evening a youth was hit by a bullet in Qaimoh. Though his identity was not known but the bullet has passed while injuring his hip. It was not immediately confirmed from the civilian sources from Kulgam because the cell phone network is not functional in most of South Kashmir. 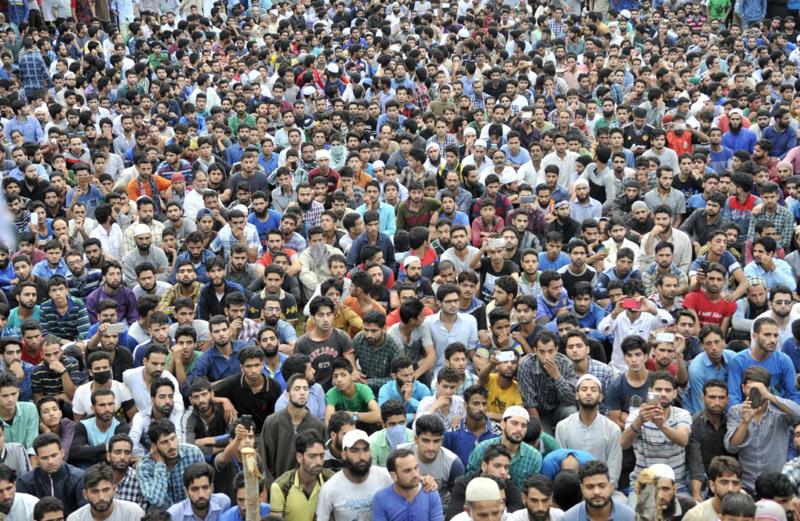 In Tral that is swarming with mourners, a young man identified as Zahid has received a pellet injury. It was not immediately known where the police used the pellet guns but police said he is out of danger.

From somewhere in Pulwama, police said, another youth Dawood was hit by a bullet. It is also a hip injury and the boy is admitted in Bone & Joint Hospital in Barzulla.

Police said protests were reported from various places. In Arwani, a police installation received a long shower of stones but the inmates exhibited restraint. Another protest was reported from Chichilora belt, adjacent to Gulmarg, where the locals clashed with cops after offering funeral prayers in absentia. Even on certain stretches of Bypass, there have been occasional instances of stone pelting. Similar reports reached from North Kashmir’s Baramulla and Palhallan towns where youth clashed with forces.

Intense stone pelting is going on Lalpora area of Lolab while reports of minor stone pelting reached from Bellow area of Pulwama. Protestors have  torched a BSF bunker in Bandipora.

Authorities have already closed the highway and the Amarnath Yatra for the day, at least.

Severe restrictions are in place in areas of summer capital mostly in Downtown. Pulwama and Islamabad district administration too have placed severe curbs on civilian movement.

Body of slain Burhan Wani was handed over to his family at Saturday dawn while funeral prayers for him are being held in Eidgah main Tral this time.