The Chief of Army Staff Gen Dalbir Singh today reviewed the security situation in Kashmir during his visit to the Srinagar based 15 Corps. 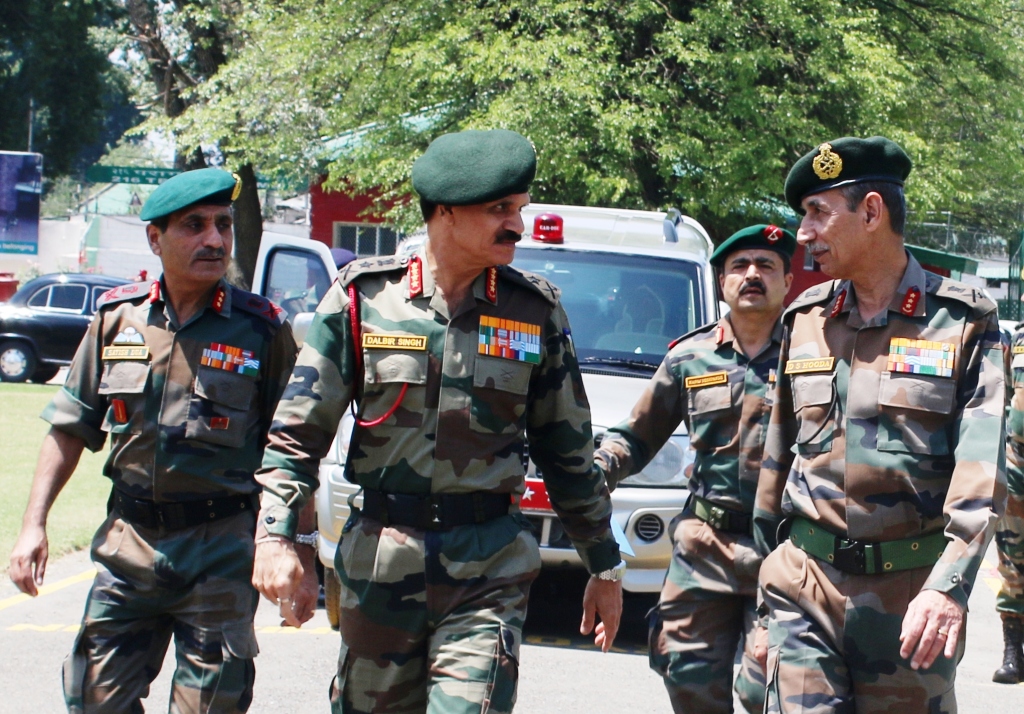 The Army Chief was briefed by the Northern Army Commander Lt Gen DS Hooda and Chinar Corps Commander Lt Gen Satish Dua on the situation along the LC and the hinterland including the measures instituted to ensure close coordination with all security and other government agencies towards maintaining peace in the Valley.

The Chief, accompanied by the Northern Army and Chinar Corps Commanders, also visited the Kupwara Division and Awantipur based Victor Force where he was briefed on the operational preparedness as also the initiatives taken by Army in collaboration with civil administration to alleviate hardships being faced by the populace due to the prevailing unrest. The Army Chief also met with the DG Police, J&K, and was reassured about the excellent synergy between Army, Police, CAPFs and intelligence agencies.

In his interaction with officers and troops, the Chief commended their operational preparedness and commitment to the cause of national security. He exhorted everyone to ensure strict vigil along the Line of Control. Appreciating the synergy being shown amongst all security agencies that has resulted in successful counter terrorist operations, he also complimented the troops on ground for showing maximum restraint even in the face of grave provocation. He expressed his grief and concern over the casualties of civilians and security forces during the protests while making an earnest appeal to the Awaam to maintain peace and help the security forces serve them better.

The Army Chief also impressed upon everyone to continue their positive engagement with the Awaam and lend them all possible assistance in close coordination with the other stakeholders.

Schools in 4 districts to reopen on 21 July

‘No Yatri was harassed or attacked in Kashmir’