​People of the world have recognised the severity of the situation in Kashmir but some how the Indian Government fails to do so.

After the protest spread to through the Indian States,  protests against Kashmir Killings have crossed boarders.  People staged protests in Iran,  Bangladesh,  London,  Toronto and now at New York.

“India Stop Genocide in Kashmir”, “Freedom for all: Freedom for Kashmir”, “Kashmiri Lives Matter,”“Time to resolve the Kashmir dispute is now”,”We Want Freedom From India”, Wake Up, Wake Up—UN Wake Up”, “Kashmir: Nuclear Flashpoint”  were some of the placards the protesters were holding. 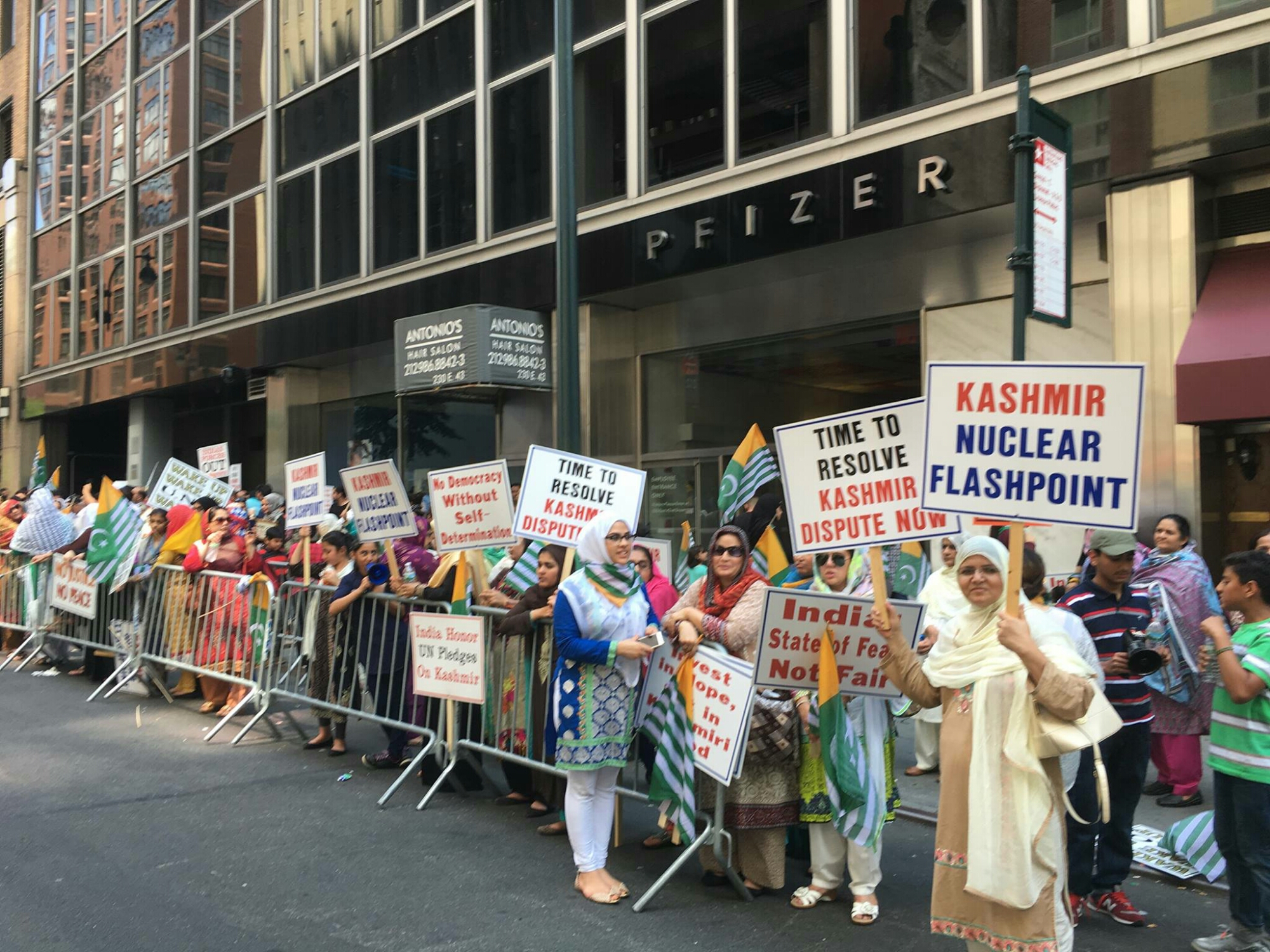 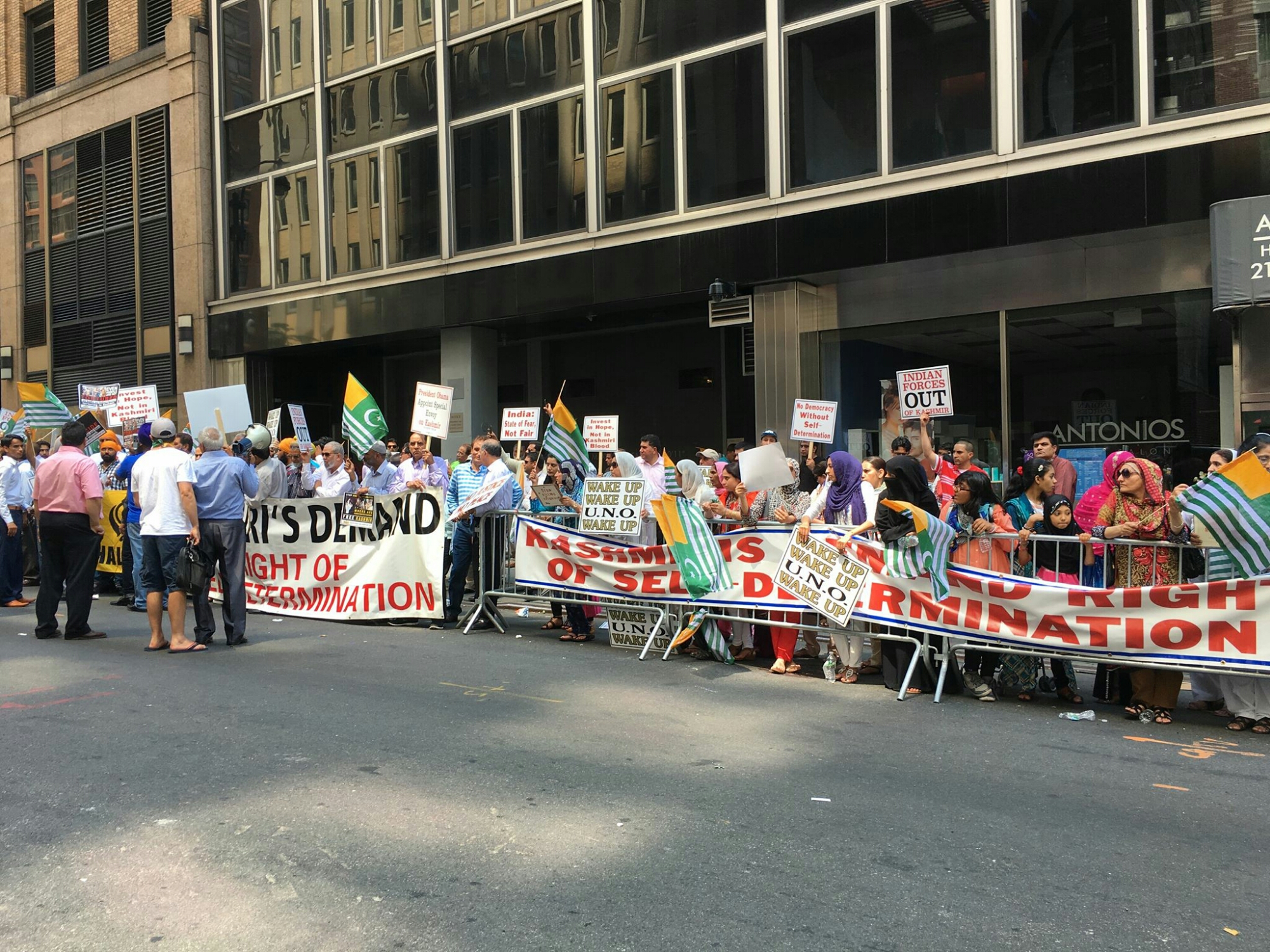 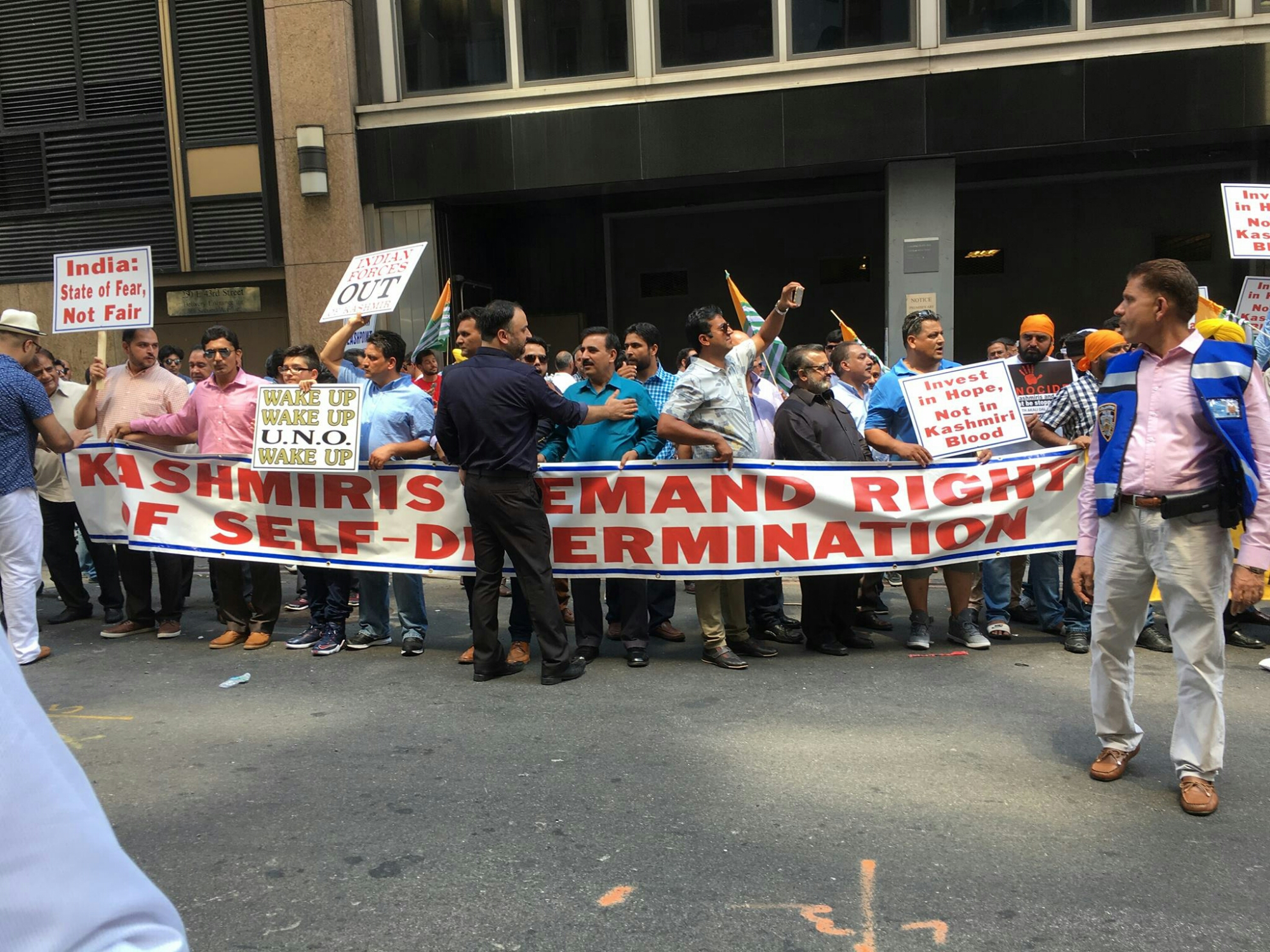