Highest Incidents Of Rape in Valley: Kupwara Tops the List

Kupwara in north Kashmir has attained the dubious distinction of having the largest number of rape cases registered in the Kashmir Valley in last two years while Kargil with one incident recorded the lowest crime rate during the period. 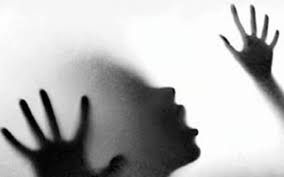 According to figures made available by the state government J&K state witnessed 1422 cases of rape and domestic violence cases in 2015 and 16.

Figures reveal that at least 595 cases of rape were reported in last two years while as 827 cases of domestic violence were registered during the same period.

While Kashmir Valley reported 213 incidents of rape in last two years, Jammu region witnessed 382 such cases during the period.

J&K Government recently informed Lower House of State Legislature that 237 of such cases have been challenged in courts while as 252 cases were pending investigation.

In Kashmir division, 368 cases of domestic violence have been registered during the same period compare to Jammu where number has been stated as 459.

Out of these cases, 341 have been challenged and 439 are under Investigation.

J&K state comprises of 22 districts – 10 each in Kashmir Valley and Jammu and two in Ladakh.

In the Valley, Kupwara district witnessed highest number of 30 rape cases, followed by South Kashmir’s Anantnag with 29 cases, Srinagar with 27 cases, Budgam with 23 cases, Kulgam with 17 cases, Baramulla with 15 cases, Sopore with 12 cases, Ganderbal, Pulwama and Shopian with nine each, Bandipora with 8 cases, Handwara and Awantipora with 7 cases, Leh with 5 cases and one case in Kargil.

According to the government figures, of the 827 cases, 368 cases of domestic violence were registered in Kashmir and Ladakh and 459 in Jammu province.

In Valley, highest numbers of 132 domestic violence cases were reported from Srinagar. It was followed by South Kashmir’s Anantnag district with 50 cases, 29 in Kupwara, 20 in Ganderbal, 19 in Kulgam, 18 in Shopian, 15 in Sopore, 14 in Budgam, 12 in Bandipora, 10 in Awantipora, 8 in Pulwama, 7 in Handwara and 1 in Kargil.

In Jammu provinces, highest number of 175 domestic violence cases was registered in summer capital Jammu, followed by 80 in Rajouri, 50 in Udhampur, 30 in Poonch, 20 in Ramban, 16 in Kishtwar, 14 in Samba and 10 in Doda.

The government figures further mention that 2994 cases of matrimonial disputes have also been registered by J&K State Commission for Women since its inception.

The cases include that of, divorce, maintenance, harassment, desertion, torture, custody of children etc.  1,032 such cases are pending before Crime Branch of and are being investigated.

In last two years, 276 new cases have been registered by the Crime Branch, the government figures added.