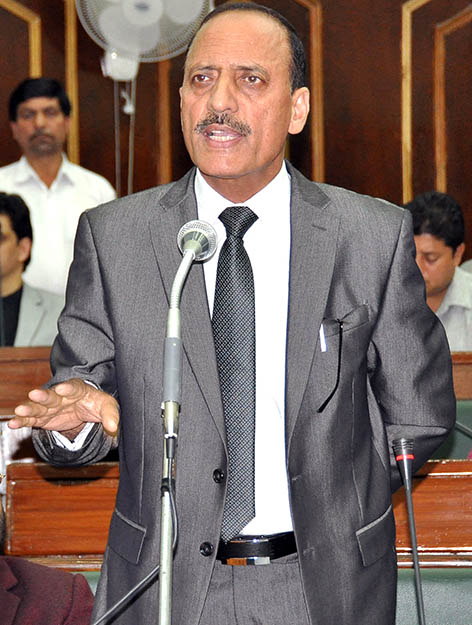 Minister for Rural Development Panchayati Raj, Law and Justice Abdul Haq today said the unrest in Kashmir hampered the development and democratic processes that led to delay in holding the Panchayat elections as environment was not conducive for the same.

Replying to a question by Ghulam Nabi Monga in the Legislative Council, the Minister said the state government is fully committed to hold Panchayat elections by March 2017 and preparations in this regard are already on. He said elections to the Municipal Corporations and Urban Local Bodies will be held afterwards.

Abdul Haq said after the expiry of term of Panchayats, Block Development Officers and Panchayat Secretaries have been entrusted with the responsibility of holding Gram Sabhas, which after holding deliberations pass joint resolution after identifying the works under various schemes for execution/implementation. He said in the process public representatives are also taken into confidence.

Replying to various points raised in the house in this regard, the Minister said so far four cases of embezzlement have been detected under MGNRGEA scheme. He said recoveries have been made from the erring officials. He said one increment of two erring officers has been forfeited and FIR has been lodged in one case.

Responding to the supplementary queries by the legislators Naresh Kumar Gupta and Showkat Ahmad Ganaie, the Minister said the government has introduced several reforms to bring transparency and accountability in the working of the department. He said priority has been given to upgrade rural connectivity under various schemes especially MGNREGA.

He said under these schemes the department has created durable assets in villages besides providing jobs to the unskilled and unemployed youth of the state.

Hostel for Pahari Girls to come up in Rajouri soon: Sunil Sharma