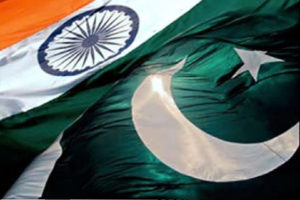 Upping the ante, it called for an immediate end to “human rights violations in Kashmir” and sought permission for Pakistani doctors and paramedics to travel to the state.

Pakistan foreign office spokesman said its foreign secretary Aizaz Ahmad Chaudhry had given a reply to Jaishankar’s proposal for talks on cross-border terror.

The reply was handed over to Indian High Commissioner Gautam Bambwale by Chaudhry in Islamabad. The spokesperson said the letter invites the Indian foreign secretary to visit “Islamabad by the end of this month to discuss the Jammu & Kashmir dispute, with a view to finding a fair and just solution, as per the United Nations Security Council resolutions and aspirations” of the people of the state.

Pakistan has also called for “putting an immediate end to the human rights violations against the innocent people” of Jammu and Kashmir and for providing medical facilities to the injured, “including the permission for doctors and paramedics to travel.”

VIDEO: Er Rasheed Speaks after being Stopped from Marching towards UN

AIM appeals President of India to restraint forces in Kashmir