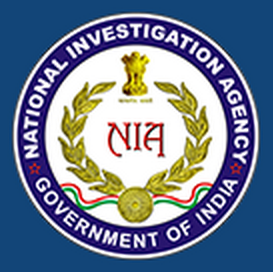 The National Investigation Agency (NIA) will approach banks and financial institution based in Jammu and Kashmir for assistance in order to prepare a list of local residents and entities whose bank accounts have shown “suspicious transactions” in the last two months.

A senior official confirmed the development with dna but refused to share the names of the banks that the agency might be approaching for assistance in the near future. “The banks are obliged to share information as per the section 91 of the Code of Criminal Procedure (CrPc) and 43 F of the Unlawful Activities Prevention Act (UAPA).

According to the section 91 of CRPC, if any officer considers that the production of any document or other thing is necessary for the purposes of any investigation, inquiry or trial, a concerned court of the officer himself can issu a written order to the person in whose possession or power such document or thing is believed to be, requiring him to attend and produce it. Section 43F of UAPA also deals with obligation to furnish information.

According to NIA, while the trigger to initiate an enquiry against suspected individuals and entities are the ongoing protests that erupted after killing of Burhan Wani, officials here say that a “probe into funding of terror and unlawful activities was long overdue”.

“We have investigated a number terror cases and there are many key areas, especially the financial ones, which are to be explored,” said Sanjeev Singh, inspector general, NIA. The officer added that the agency had received information about individuals from Kashmir and some entities based in the valley carrying out suspicious transaction in the last two months.

“There has been a steady inflow of money into accounts of many individuals on Kashmir. We are sure that some of the names that have cropped up during our findings might be involved with unlawful activities,” NIA IG said. When asked if the NIA believes that funding was being distributed among those protesting the killing of Burhan Wani and that of 60 plus civilians, the officer said,” that will be ascertained during the probe.”

According to agency three key areas are being looked at by it’s sleuths. The most important among the three areas seems to be that of cross border trade which has been in the past seen as something could be used as a confidence building measure to bring all the parties in Kashmir conflict closer to each other.

“The funding can take place in many ways. One is routine bank transaction where in an individual is chosen and money transferred into his bank. Second is the Hawala routes and third is the funding that is done using trade,” said a senior official. The last few years has seen quite a lot cross border trade take place between India and Pakistan, and it is likely some of the businesses, specially the ones based in Kashmir, might come under NIA scrutiny.

However given current crisis in the valley, it is not clear when the NIA’s probe will lift off or if questioning of bank officials and other locals will further escalate tension between Srinagar and New Delhi.

” We will question them all. It is routine matter and if the individuals are able to justify where money came from and where was it used, the matter will end there,” said the NIA official.

More than 60 people have been killed and thousand left injured in the aftermath of July 8 encounter in which Hizbul Mujahideen commander Burhan Wani was killed. (PTI)

Bus turns on its side on Rajouri-Poonch highway, 25 passengers escape unhurt

AIM appeals President of India to restraint forces in Kashmir