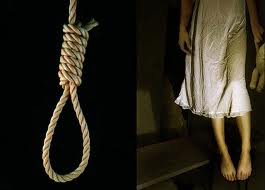 The ZPH statement said, a girl committed suicide by hanging herself to death at her home in Sopore.

A 25 years old girl (name withheld) resident of Naribal in the jurisdiction of Police Station Panzalla, Sopore hanged herself with a rope at her home, resulting in her on spot death. After completion of medico-legal formalities, the body of the deceased was handed over to her legal heirs for last rites, it said.

‘Admissions in Polytechnics affected because of unrest’