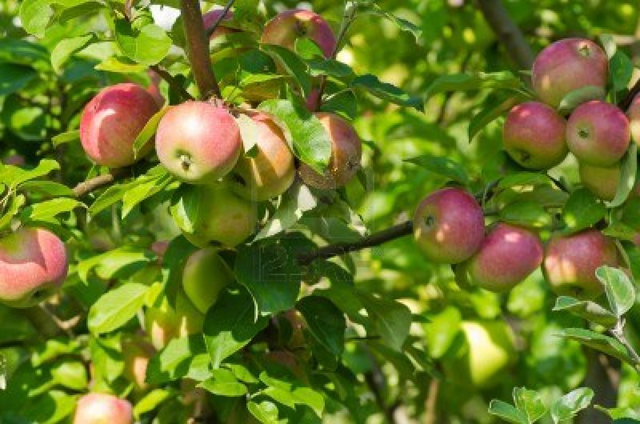 The Horticulture Department today said that 34331 MTs of fruit have been dispatched to mandis outside the State since 1 April 2016.

In a statement issued here today a Horticulture Department spokesman said that in the current month 8876 MTs of fruit have been dispatched in 953 truckloads outside the State.

Urging people to facilitate smooth movement of fruit trucks, the spokesman said that Horticulture is one of the core sectors of the state economy which contributes around Rs 5000 crore annually. He said any delay in transportation of fruit to the mandis would lead to massive losses not only for orchardists but will hit the state economy as well.

The spokesman said the Department has imported 1.21 lakh high density fruit plants from Italy which reached Kashmir on 2 August 2016 and are stored in cold storage conditions. “The said material was to be transplanted at ACHD, Zainapora for necessary post quarantine measures. It could not be transplanted due to the prevailing disturbed conditions,” he said and added that the material is to be distributed to the farmers under high density plantation scheme.

“If the situation continues like the prevailing one, there is every apprehension that the stored plant material which is at sprouting stage will be damaged and go waste,” he said.

The spokesman said that the routine necessary operations in departmental nurseries like budding, spraying, weeding, irrigation and other cultural operations have also been halted which would adversely affect the production of quality planting material for the next planting season.

He said the action plan under MIDH has been approved for Rs 100 crore by State Level Executive Committee (SLEC) for implementation during 2016-17.

“Prime Minister’s Development Package (PMDP) of Rs 529.00 crore for restoration of damaged Horticulture area and development of Horticulture sector has been finalized and is to be implemented in three years,” he said and added that the Department has to immediately initiate the process for enlistment of the beneficiaries under the package but due to the prevailing conditions, the field staff is not able to move in their respective areas. “Any delay will lead to severe problems in implementation of these flagship programmes,” he said.