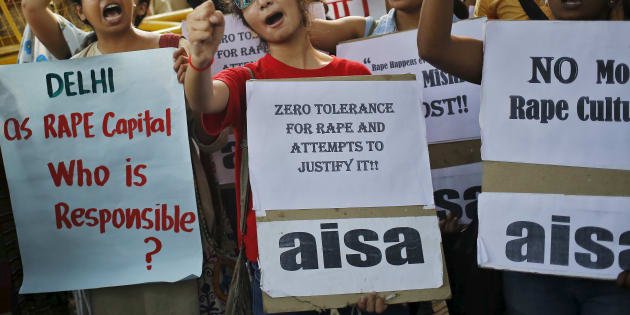 A 16-year-old girl was allegedly gangraped by two persons in a flat at South Delhi’s Kalkaji area, police said today.

The class 10 student of a government school in Gurgaon was allegedly held captive in the flat on Saturday and Sunday (6 and 7 August) by accused Karan Singh and Sanjay Kumar who gangraped her even as two of their associates, Mahesh and Kala, filmed the entire act on mobile phones.

Praveen Malik, SHO, Badshahpur police station, where the victim lodged a complaint on Monday, said Karan, a native of Palra village, was known to her, while Sanjay was a native of Dhani Shkohpur and Mahesh and Kala were residents of Karan’s village.

According to the victim, Karan had picked her up from a Gurgaon bus stand on Saturday and taken her to Kalkaji temple on his motorcycle.

“The victim alleged that after the visit to the temple, Karan took her to a flat in the same area and later, three of his friends joined them.

“Subsequently, while Karan and Sanjay took turns to rape her, Mahesh and Kala videographed the act. They also threatened her with dire consequences if she reported it to anyone,” said the SHO.

The victim was released after being held in captivity for two days. She reached home at Badshahpur in Gurgaon on Monday and narrated the incident to her parents who lodged the police complaint, he added.

The victim had initially alleged that Mahesh had raped her as well but later, before a magistrate, she accused Karan and Sanjay of rape and Mahesh and Kala of filming the act on mobile phones with the intention of blackmailing, said Malik.

Medical examination of the victim has confirmed rape, said the SHO, adding that a case under sections 363 (abduction), 365 (abducting with an intent of secretly and wrongfully confining a person), 506 (criminal intimidation) of the IPC and relevant sections of the Protection of Children from Sexual Offences (POCSO) Act was lodged against all the four accused, while Karan and Sanjay were also booked under section 376D (gangrape), IPC.

No arrest has been made as the accused are absconding, he said.

Tags: Delhi rapesGang rape of a 16 year old in Delhi

Mazar-e-Shouhada Sealed Ahead of Separatist March