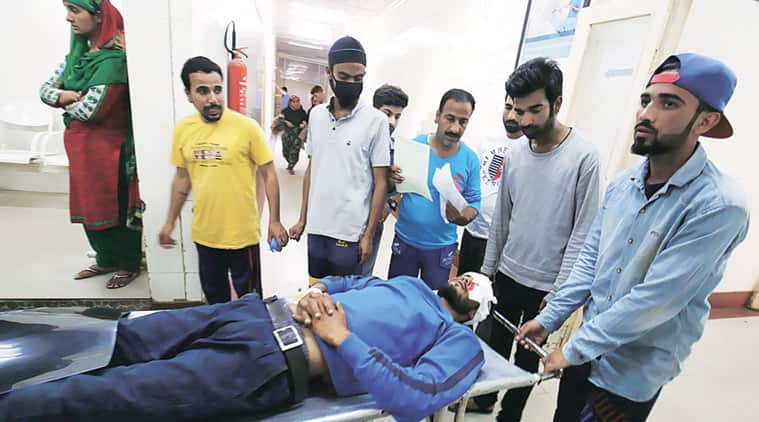 The Para-medics at Sub-District Hospital Sopore in North KashmirTuesday staged protest against the alleged police harassment during nocturnal raid in the hospital. The protesters alleged that

Carrying placards and banners, the protesting hospital staff said that the hospital was raided in a manner during the middle of the night as some militants were hiding here. “We condemn this police raid and urge upon authorities to look into the matter,” the protesters said adding that volunteers who were providing help to the injured and their attendants were also forcibly evicted from the hospital.

SP Sopore Harmeet Singh Mehta while terming the charges baseless told CNS that it was simply a search operation and nothing else. “We had information about the presence of some miscreants in the hospital and to nab them a search operation was conducted but no staffer or attendant was harassed,” he said.

Mentally challenged man sets himself on fire in Anantnag