Will Continue to Monitor the Tense Situation in Kashmir: UN 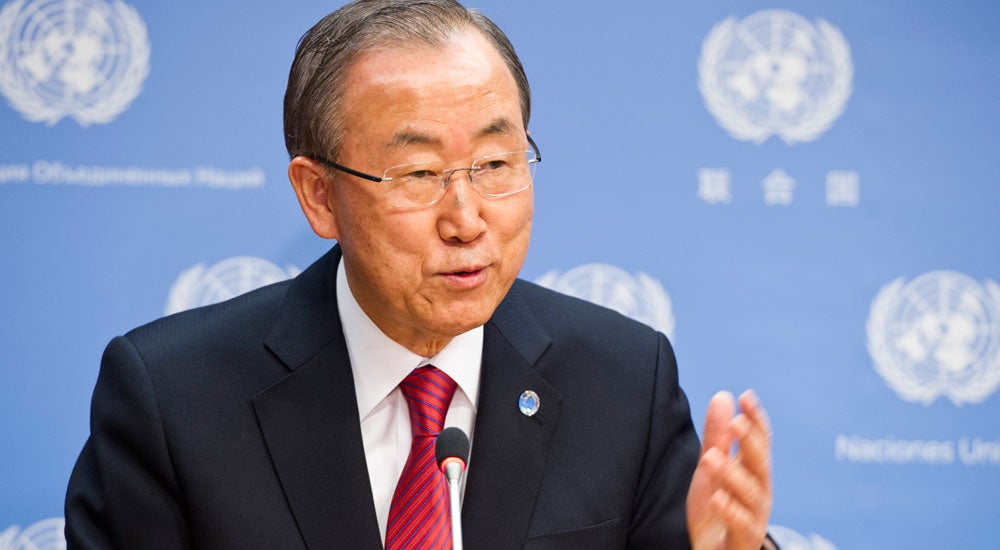 The UN today said it will continue to monitor the tense situation in Kashmir even as the world body again called on both India and Pakistan to “work constructively” to resolve the issue.
“The United Nations has repeatedly Put out the message to both sides (India and Pakistan) about the need for them to work constructively with each other on this issue. And we will continue to monitor the situation including, of course, through our monitoring group on the ground, the UN Military Observers Group in India and Pakistan (UNMOGIP),” UN Secretary General Ban Ki-moon’s deputy spokesman Farhan Haq said here.
He was responding to a question by a Pakistani journalist on the ongoing unrest in Kashmir in the aftermath of the killing of Hizbul Mujahideen commander Burhan Wani.
When asked if UN rights are being violated by Indian forces, Haq alluded to the work of the world body’s Human Rights Council.
Haq was also asked if the UN has any plans to ban the use of pellet guns that have been used by security forces to quell protests in Kashmir.
The deputy spokesman said he has nothing to add except reiterating the UN’s stand on Kashmir.
The UN has expressed concern over the tense situation in Kashmir and Ban had last month called on all sides to exercise “maximum restraint to avoid further violence and hoped that all concerns would be addressed through peaceful means”.
Ban’s spokesman had said the UN chief was closely following the recent clashes in Kashmir and “regrets” the loss of dozens of lives and injuries to many others.
Tags: Ban Ki Moon says about Kashmir IssueUN and Kashmir IssueUN to focus on Kashmir Issue