Kashmir Has its Own identity; It’s Not a Real Estates Issue Between India Pakistan 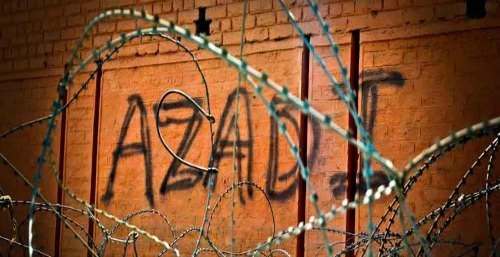 The headline from ‘The New York Times’ July 22 editorial, “Kashmir in Crisis” could not sum up the situation in Kashmir better. NYT noted that “The unrest is a major setback for peace in the long-troubled region claimed by both India and Pakistan.”

We would like to stress that the urgent goal of finding the solution of the current situation in Kashmir cannot be left to India and Pakistan to achieve. It requires the engagement of a multilateral effort on American initiative. We believe that it would be a striking demonstration of the global statesmanship which the United States can summon in the cause of peace, international security and human betterment. Here is why:

Nawaz Sharif, the prime minister of Pakistan, said on July 22: “We are waiting for the day when Kashmir becomes part of Pakistan.” Shushma Swaraj, minister of external affairs in India, said on July 23: “The whole of Jammu and of Kashmir belongs to India.” Kashmiris wish to emphasize that their land is not real estate that can be parceled out between India and Pakistan, but the home of a nation with a history far more compact and coherent than India’s and far longer than Pakistan’s.

No settlement of their status will hold unless it is explicitly based on the principles of self-determination and gives the people the choice whether to join India or Pakistan or remain independent.

This is an Op-Ed
Author :  GHULAM-NABI FAI
Fairfax, Va.
The author is the secretary general of World Kashmir Awareness.

’CRPF Trooper Hangs Self to Death in Humhama’

One-Way Traffic From Srinagar To Jammu On Highway Tomorrow