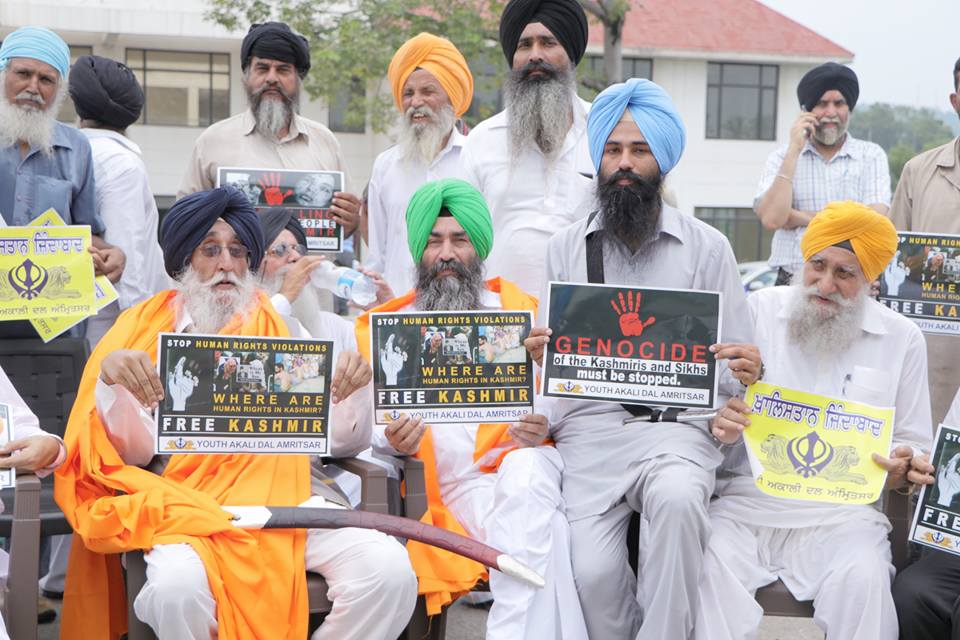 Expressing solidarity with people of curfewed Kashmir, several Sikh leaders and activists from Punjab are on way to Kashmir on Monday.

The Sikh brethren from neighbouring Punjab have condemned the civilian killings in last 17 days and have expressed sympathies with the Kashmiri people.

Papalpreet Singh, Chief organizing secretary Youth Akali Dal Amritsar, told that a delegation of over five dozen activists has been stopped at the entry point of J&K. 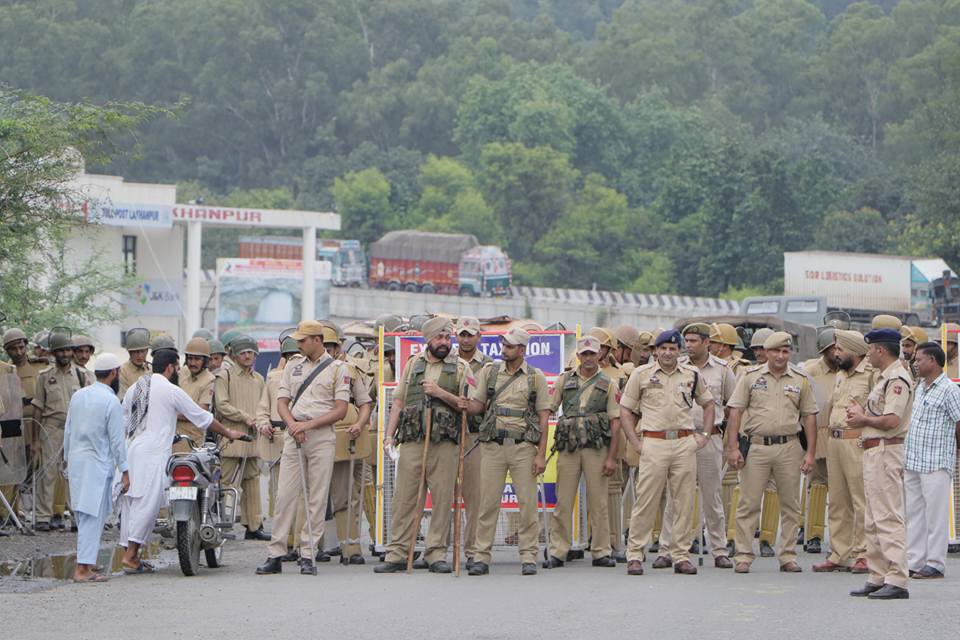 “We reached at Punjab-J&K border at Lakhanpur around 1 PM when a heavy contingent of police stopped us,” Papalpreet said. 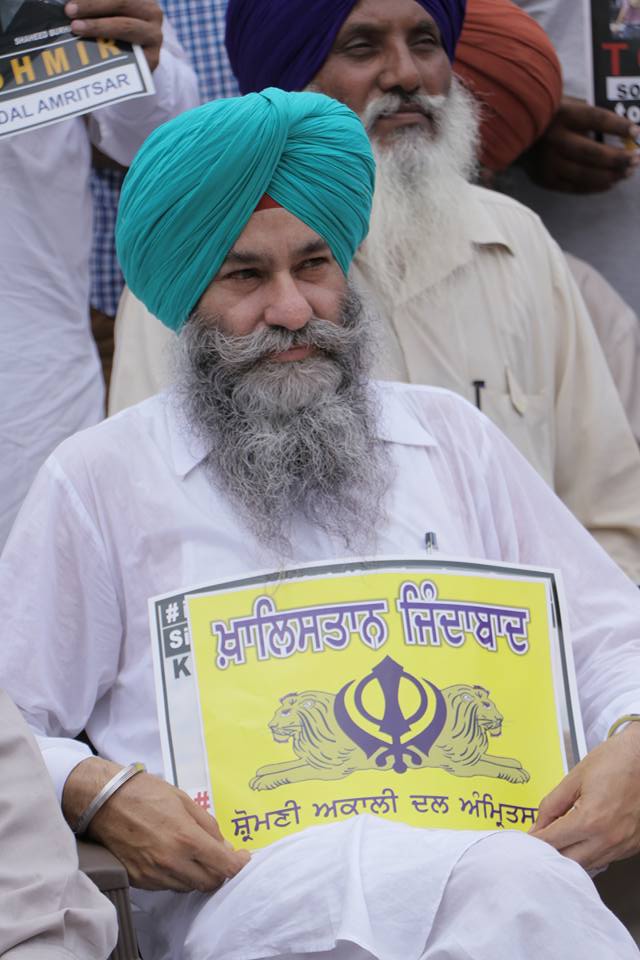 Secretary General of Shiromani Akali Dal, Prof Mohinder Pal Singh, while condemning the ban on movement of the delegation towards Kashmir said, “when Rajnath Singh can visit Kashmir, and Yatris can perform Puja, why can’t we as citizens of India go to Kashmir?” 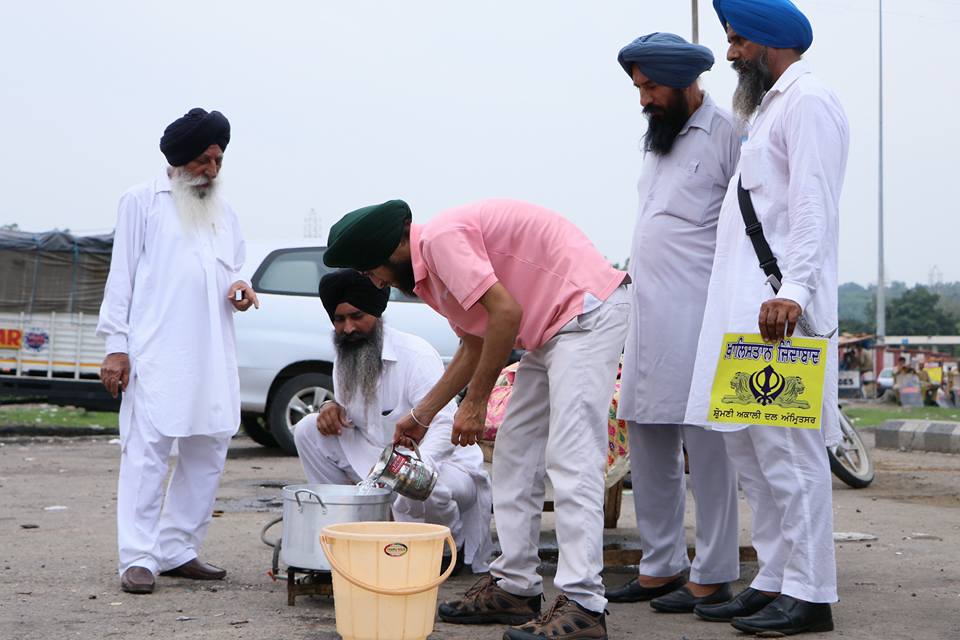 He said additional DM of Kathua, Lakhanpur falls in this district, has issued an order banning entry of Sardar Simranjit Singh Mann in to Kashmir. 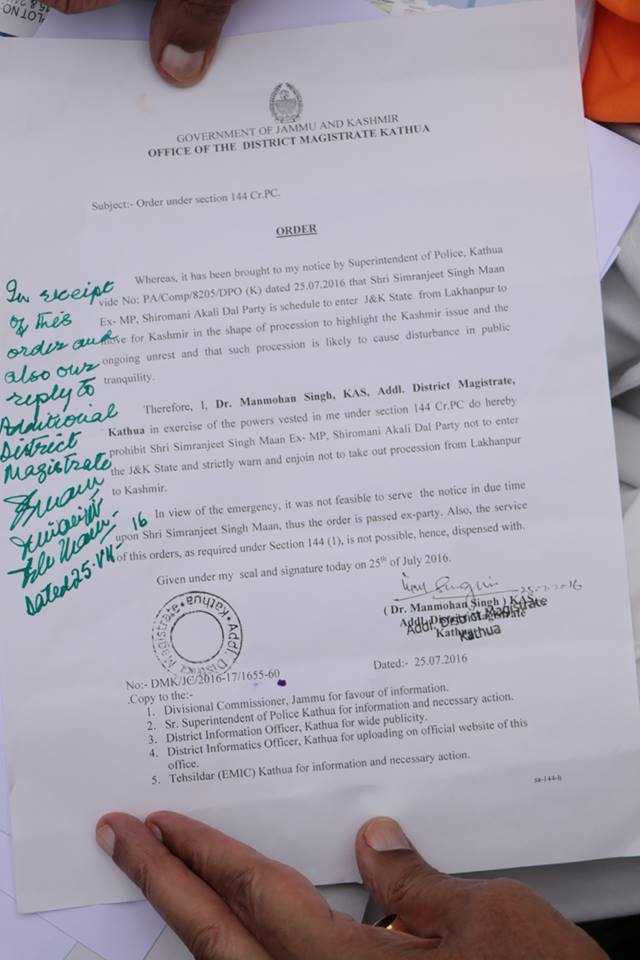 “We sought meeting with Kathua DM but there has been no answer from the administration,” Prof Mohinder Pal Singh said, “police have threatened us with arrests if we try to enter the J&K territory.” 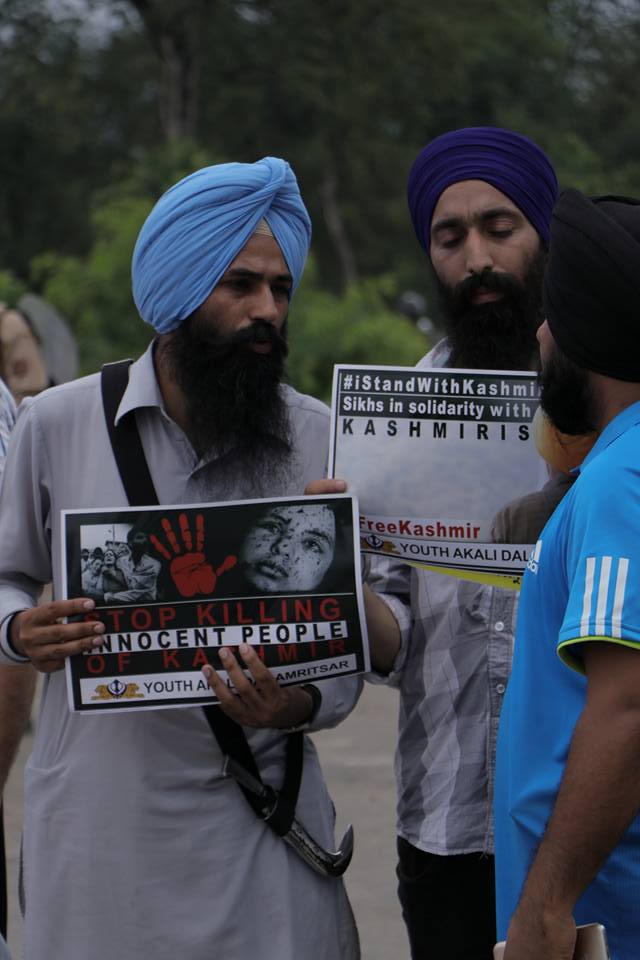 Papalpreet Singh said that the Sikh activists have installed Langar (free kitchen) at the same place and are protesting peacefully.

“We will not go until we are allowed to go to Kashmir to express solidarity with our brethren,” Prof Mohinder Pal Singh added. 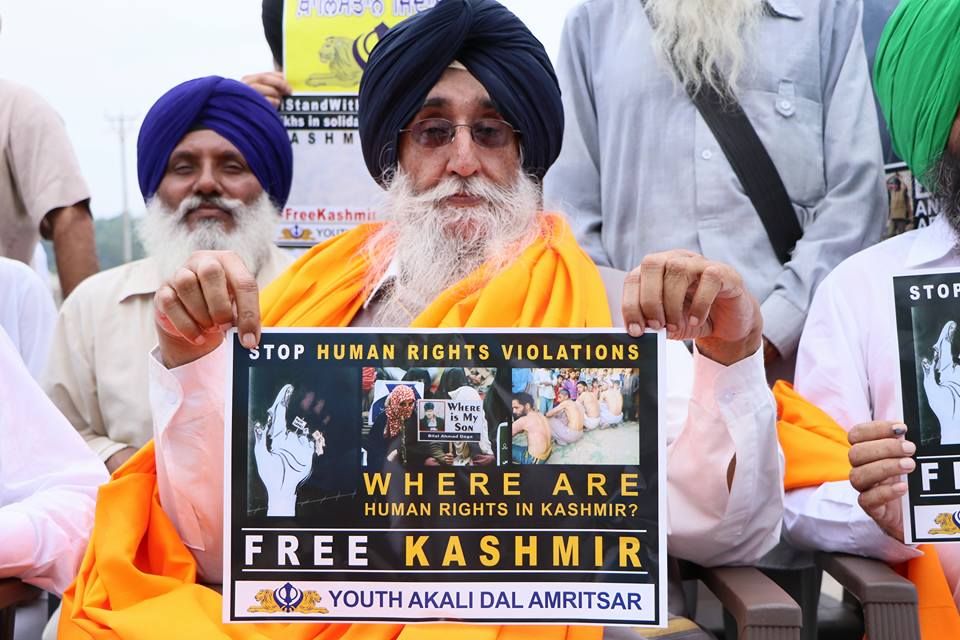 Weapons Used In Kashmir In the Last 14 Days

No need to hold talks with separatists: BJP