Local reports said that a long protest march was taken out by the youth against the civilian killings.

In a list of at least 47 civilians killed by forces, two youth belong to Tengpora area of Batamaloo. 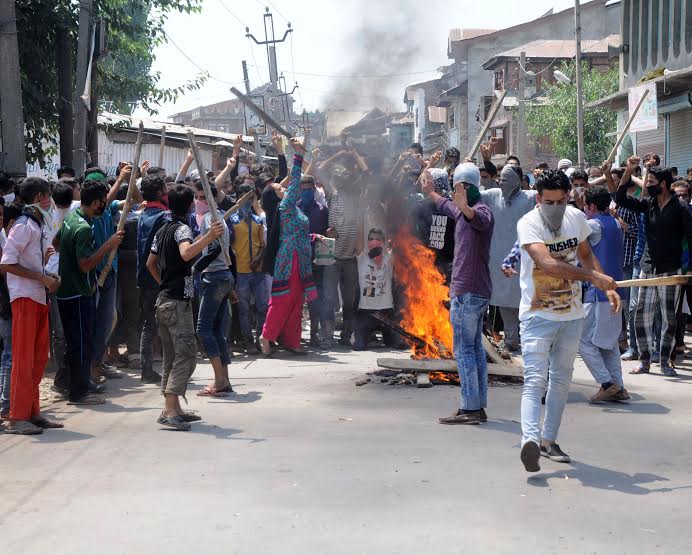 “A huge rally, which included females as well, was taken out from inner Batamaloo area which marched towards Batamaloo Bus terminal but was stopped by forces near main chowk,” locals said. “This resulted in clashes with forces resorting to intense tear gas shelling.”

Protesting youths burnt down tyres as a mark of protests while others pelted stones on forces. “Even some cops tried to pacify the youth but they didn’t relent and continued the protests.” 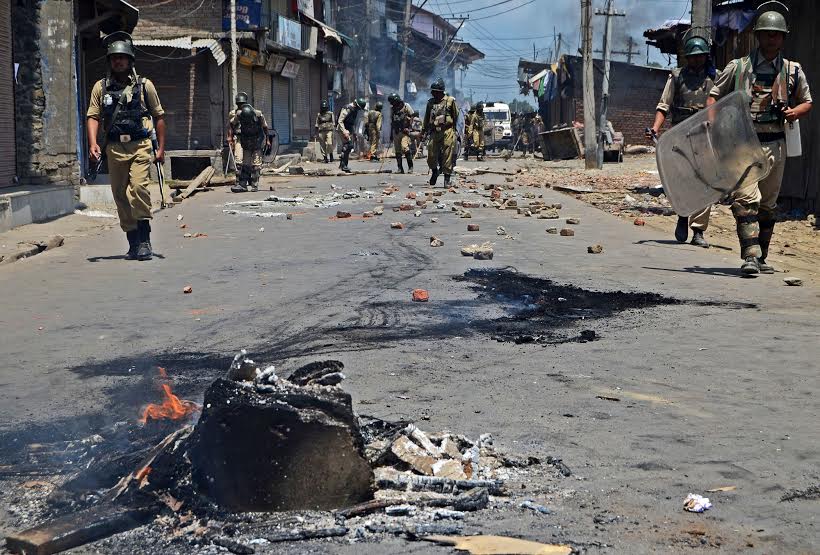 The forces rushed their vehicles up to Reka Chowk inviting strong reaction from the youths who resorted to stone pelting.

Son saw his mother die Slowly, Thanks to Indian Forces

Kashmir Turned to a Slaughter House