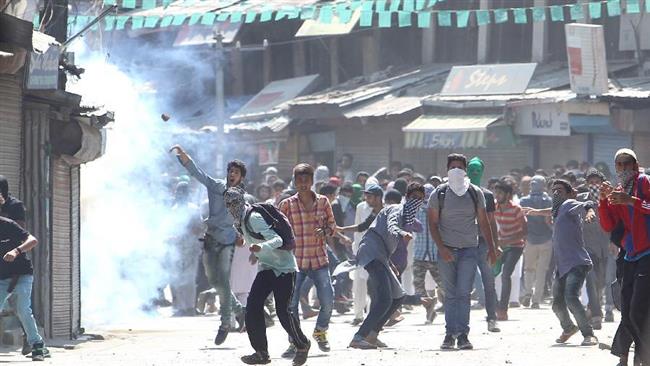 According to “THE TIMES OF INDIA” Protesters in Kashmir have found a new way of fighting Security Forces, using Acid Bottles against pellet guns and Guns.

The Times of India Reported that while there has been a furore over Kashmiri protestors getting injured with the use of pellet guns during the recent unrest in the valley, more than 2200 security personnel too suffered injuries while on duty to control stone-pelting demonstrators. What compounded the problem for the men in uniform was the use of acid bottles as a new weapon by the protesters.

On the use of pellet guns, an officer said, “It’s not that pump action guns (pellet guns) are used all the time. It’s used only when the situation gets out of control and a mob of 500-1000 people attacks 30-40 security personnel and tries to loot the armoury or damage police posts/bunkers and vehicles.” “They security personnel or cops are also human beings and sometimes they have to take action for fear of being lynched by the mob,” he said. A senior official said even after working for 14-15 hours a day, security personnel has to remain on the toes, not sure when would they faced with a mob attack again. “Several hundred jawans and police officers have received stitches on their faces, heads and elsewhere. They have to look after their colleagues too when ever a mob comes to attack,” said a senior official.

​Helpline for Kashmiri students in India and Other Countries

Shias Sunnis of Kashmir Stick Together