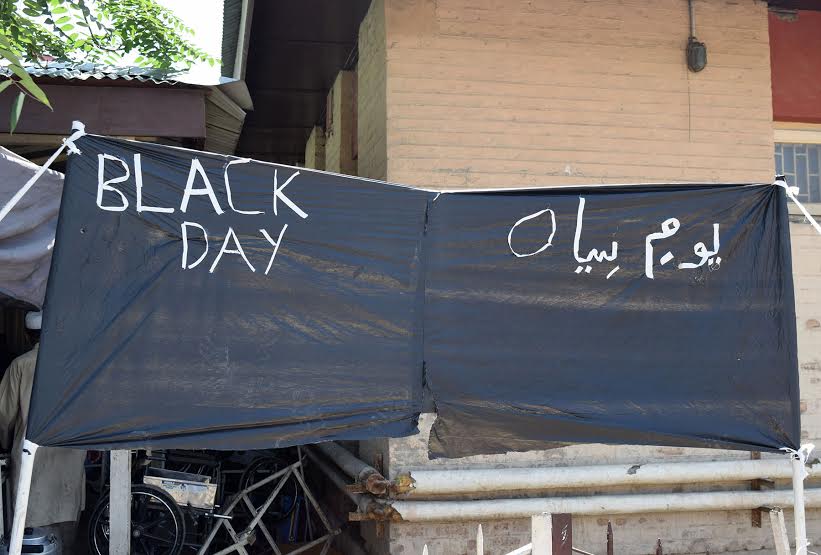 Kashmir valley on Wednesday late evening observed a complete “black out” by switching off electricity lamps.

The call for “black out” was given by joint resistance group on Tuesday asking people to switch off lights between 8:30 PM to 9 PM.

At least 50 civilians by government forces since July 09, 2016, a day after popular militant commander Burhan Wani died along with his two associates.

All though, there is complete black out of information flow in Kashmir, reports coming from South, central and North Kashmir said that people switched off the lights, and observed Black Day.

Commuters on International Airport road said that protesters asked drivers to switch off the front lights and use only four-way Indicators.

“This was reminiscent of turbulent 1990s when armed resistance groups would call for complete black out,” an elderly said, “this is a token protest so that international community seeks in to such a step and come to know about the Kashmir dispute.”

Pakistan observed “Black Day” today as a token solidarity with Kashmiris. The Hurriyat leadership had asked people to raise black flags across valley and shunt out lights between 8:30 PM and 9 PM.

Grenade attack on PCR, No loss of life or injury reported