Protests erupt at SMHS after Police ask volunteers to wind up. The authorities asked the volunteer organisations to vacate the tents which were erected to cater to the huge rush of visitors post militant commander Burhan Wani’s death on July 08, 2016.

“Police this morning asked us to close down all volunteer activities and not to provide food and medicines to the injured and other needy people,” a group of volunteers told.

Following mass uprising in which at least 50 civilians were killed and thousands were injured, SMHS Srinagar witnessed unprecedented rush. Responding to the “war-like” situation, at least half-a-dozen voluntary organizations set up their stations and started distributing free medicine and other essentials including food.

“People reacted sharply to the government action which resulted in intense slogans,” a witness said, “people, mostly attendants, marched on roads outside the SMHS.” 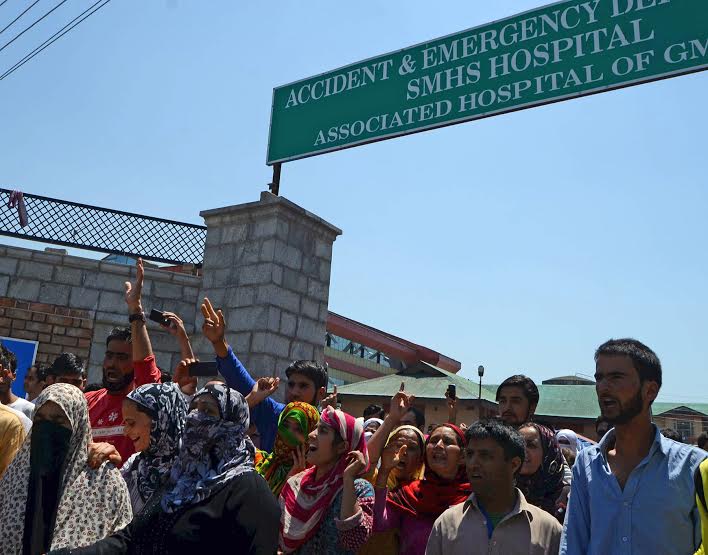 Amid pro-freedom and anti-government slogans, the people warned any further action on part of the government against the voluntary organizations.

Its important to mention here that it is organizations that have been preparing food for over 1000 people every day besides tea and other necessary eatables.

Govt. Impose Strict Curfew to Counter “Relaxation” Given by Separatists