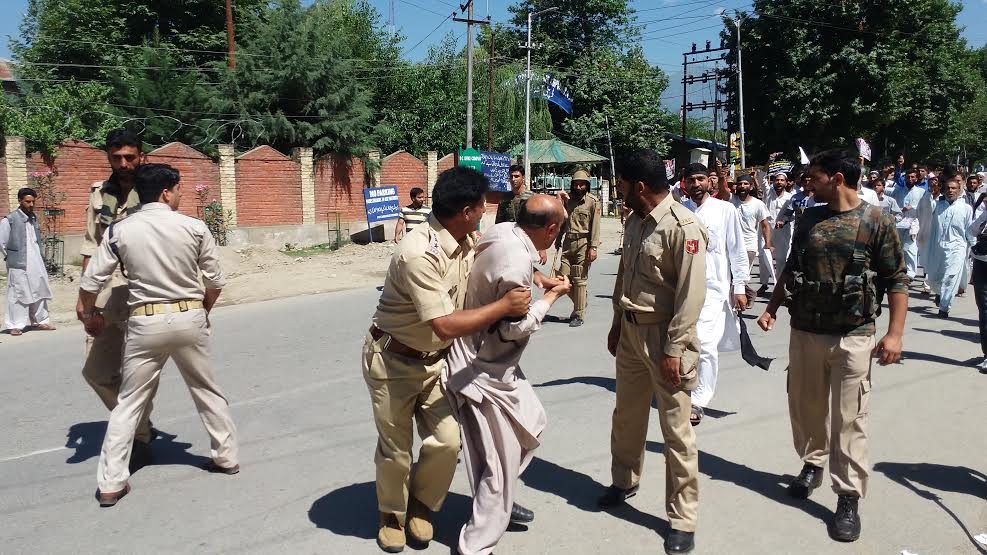 Independent lawmaker, Engineer Rasheed on Wednesday was arrested as he tried to take out a protest march in North Kashmir’s Kupwara today in wake of his protest program at Delhi on 21th July.

Spokesperson of AIP that Rasheed heads, Inam ul Nabi said scores of party activists defied curfew in Kupwara early today near DC office and took out a protest march up to half-a-KM.

“We were peacefully protesting against civilian killings,” Inam said, “but police swung in to action and arrested all of us and lodged us in to Police Station Kupwara.”

They were released an hour later, he said.

The Langate lawmaker has postponed his protest outside Parliament, which is in session, by a day as Chief Minister Mehbooba Mufti has called for All Party Meet on July 21 on the current situation in J&K.