An emergency meeting of Kashmir based Newspaper Editors/Owners was held on Saturday afternoon in which the situation arising out of the police raids on all the printing presses was discussed. 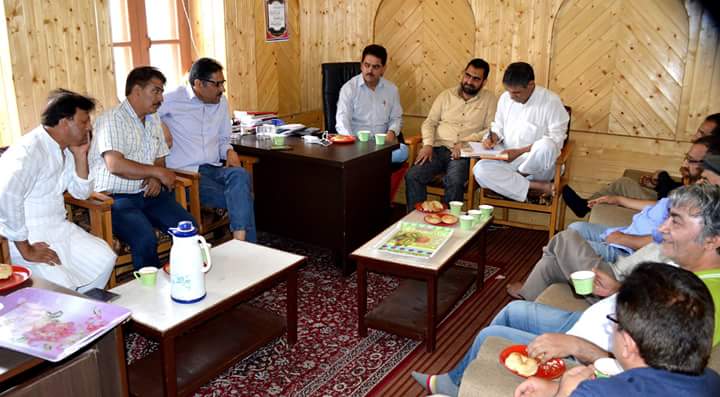 This action of the government which resulted in breakdown of circulation of newspapers was strongly condemned.

Journalist fraternity of Kashmir on Saturday held protest demonstration at Press Enclave, Srinagar against the media gag at the hands of Jammu Kashmir authorities.

The participants termed it as an attack on the freedom of press and vowed to fight it back at all costs.

Meanwhile, a government spokesperson when contacted amidst of the meeting conveyed that “in view of apprehensions of serious trouble in Kashmir valley in next three days aimed at subverting peace strict curfew will be imposed and movement of newspaper staff and distribution of newspapers will not be possible”.

The newspaper editors apologized to the readers for the breakdown of the newspaper publications which is beyond their control. The meeting strongly condemned this formal ban of the government which is not only reprehensible but also is against the norms of a democratic set up.

The editors assured the readers that as soon as the government lifts the press emergency we will resume our publications. 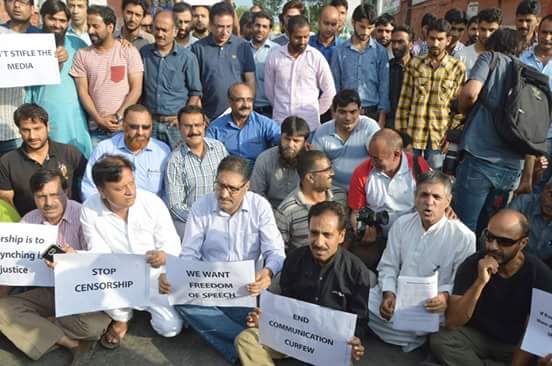 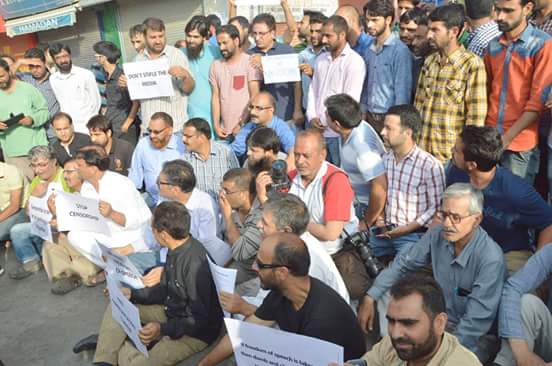