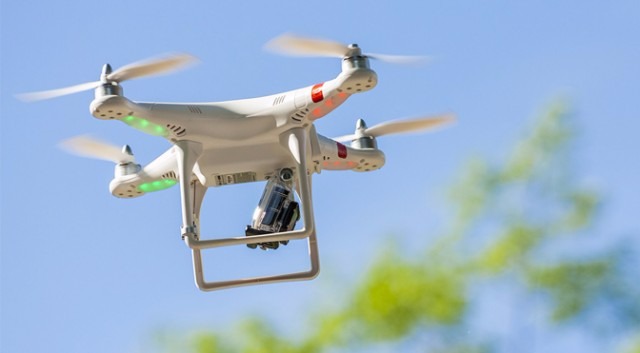 On the deserted roads of lal chowk a group of JKP (Jammu and Kashmir Police) personnel tested an unmanned drone on Thursday.

Reports said that police officials opened a box in Lal Chowk near Ghanta Ghar and a top cop started demonstrating the unmanned drone. “It was an unbreakable drone,” sources said, “cops were checking its utility.” However, it was not immediately known what will the drone used for.

Last time, forces used unmanned drones during an encounter when militants attacked forces at Sempora Pampore. After a long battle which continued for over 48 hours inside the EDI building, army used the drones to monitor the position of militants who were inside the building.