Thousands of people Tuesday poured into Tral from every nook and corner of Kashmir to be a part of his Chaharum(fourth day of mourning).

People walked on foot, travelled in trucks, load carriers, mini-buses and on bikes to reach Shareefabad, Tral despite restrictions across Kashmir and along all roads leading to Tral.

After the visiting mourners swelled at Burhan Wani’s house in Shareefabad the people then moved to Eidgah, where Burhan’s funeral took place, and people assembled there.

The mourners met Burhan’s father, Muzaffar Ahmad Wani, and expressed their condolences and love to him.

“Muzaffar Wani met people with a smile and thanked them for expressing solidarity with the bereaved family,” eyewitnesses told Rising Kashmir. 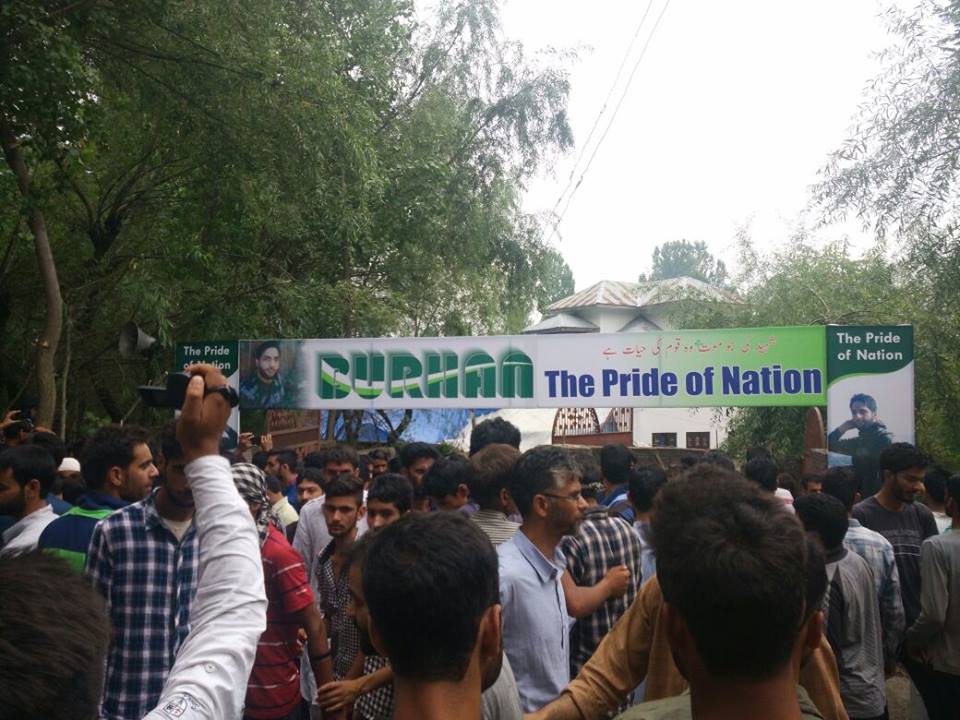 Locals had already erected a hoarding with Burhan’s pictures and the expression, “Burhan, The pride of nation,” printed on it.

Flexes, with Burhan’s pictures, were also tied to trees across Tral town.

The locals have also established Langars (community kitchens) at many places to feed the visiting people.

Meanwhile clashes also continued in some parts of the town where police used tear smoke shells and firing to quell protests. There were however no reports of injuries to anybody as of now.

'Burhan is darling of Kashmir'

Mehbooba Mufti reminded her days as an Opposition.