The AFSPA effect; The Lawless Government

People have accused Para-military Central Reserve Police Force (CRPF) for causing massive damage to private property in the length and breadth of Kashmir. 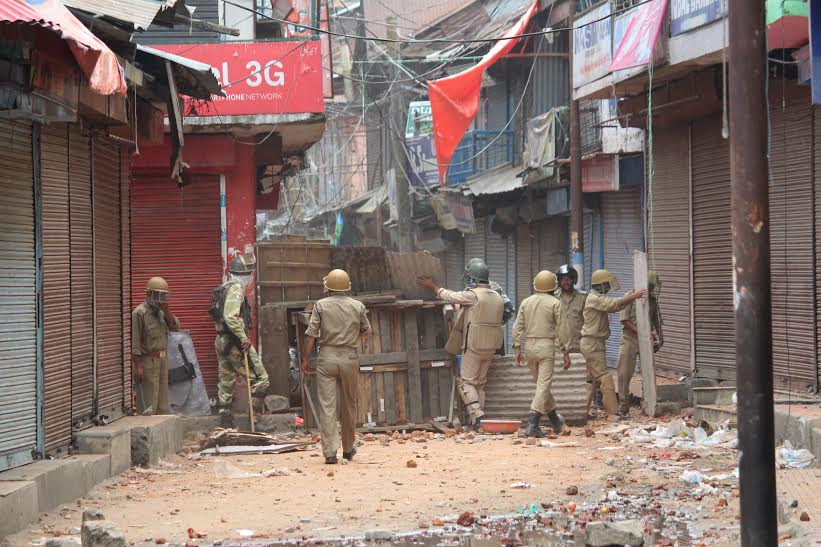 They claim that men in uniform thrash people “without any reason and due to lack of control and accountability these men resort to illegal means to demean the prestige of people”.

CNS received various phone calls from different parts of Kashmir Valley wherein people alleged that CRPF personnel went on rampage and damaged the vehicles parked on roads as well as inside the residential houses.

“The CRPF personnel damaged all the parked vehicles. They also barged into the houses and beat up inmates. These CRPF personnel seemed to be drunk who even didn’t spare kids and women. Whosoever tried to resist their action was ruthlessly beaten up. Some people fled from their houses to save themselves from the wrath of these men,” the protesters said.

“It was a hell like situation. They beat up a little Syed Furqan to pulp whom we shifted to hospital,” a resident of Doour Tangmarg said.

A local from Kulgam said that that it has become “a routine for the CRPF to cause massive damage to private property”. “CRPF men after the sun set go on rampage in different hamlets including Yaripora, Koimouh, Ashmouji, Bahibagh on daily basis. They thrash pedestrians and ransack houses,” he said.

“You feel insecure while crossing the road in presence of CRPF personnel and an Army officer known as Major Raghu. They stop you and thrash you without any reason,” said a lady from the district.  In Sozaith Narbal, locals alleged that CRPF men beat women and children after clashes.

Terming these allegations baseless, spokesperson CRPF said that they didn’t receive such type of complaints from any part of Kashmir.

Police Warns Of ‘Legal Action’ If Front, Rear HSNP Not Affixed In Vehicles

VIDEO: An interview of a pellet injured person