Can Heartbreak and Grief cause Physical Pain?

Words like “heartache”, “hurt” and “pain” are often used to describe emotional trauma. But people affected by grief often say they experience them as concrete physical sensations. 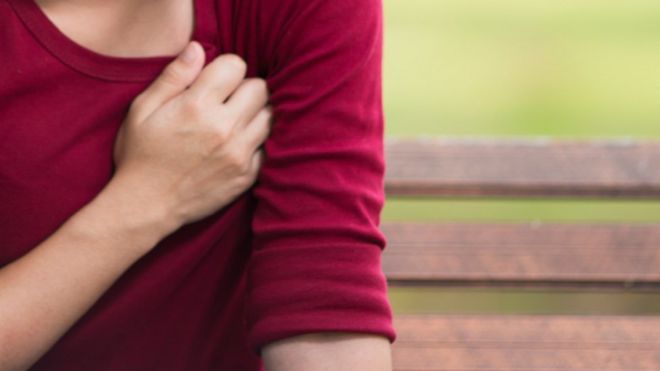 A churning stomach, a racing heart, shaking, flashbacks and hypersensitivity to noise are all physical by-products of bereavement, according to the British Psychological Society. Yet there’s no uniform set of symptoms, just as people react differently in emotional terms to grief and loss.

Scientists have known for some time that grief can manifest itself physiologically as well as emotionally.

Scans carried out by University of California, Los Angeles (UCLA) scientists showed that the part of the brain that deals with physical pain, the anterior cingulate cortex, processes emotional pain, too.

Chest symptoms are a recurring theme. “I have a number of patients I look after who, after an emotionally stressful episode, are left with heart pain or palpitations,” says Alex Lyon, BHF senior lecturer at Imperial College London and honorary consultant cardiologist at Royal Brompton Hospital.

This is commonly known as “broken heart syndrome”, also termed stress or takotsubo cardiomyopathy. It usually follows “significant emotional or physical stress”, according to the British Heart Foundation. The heart muscle suddenly becomes weakened and one of the heart’s chambers changes shape.

It’s thought that it affects 100 people per million each year. A study at Imperial College suggested that it might actually be a mechanism for protecting the heart from the surge of adrenaline that often accompanies shock and grief.

The loss of someone close can leave people more vulnerable to infection. A University of Birmingham study found that, especially among the elderly, those who are recently bereaved can suffer from reduced function of neutrophils – the most abundant type of white blood cell, which fight off rapidly dividing bacteria like pneumonia.

“People say you die of a broken heart. What we’d say is they are dying of the effect of these factors on their immune system,” Anna Phillips, professor of behavioural medicine at the University of Birmingham, who carried out the research into neutrophils and grief.

Another study conducted by Williams and others found that people who have been bereaved in the past year produce fewer antibodies in response to a vaccine.

But despite the weight of scientific knowledge about the relationship between bereavement and physical discomfort, the symptoms are often completely unexpected to people in mourning.

“Sometimes people can be very shocked by how they are feeling physically and worry that there is something wrong with them,” says Jessica Mitchell, national helpline manager at the charity Cruse Bereavement Care.

People who get in touch with Cruse often report feeling tired, not sleeping well, headaches, changes to their appetite and their menstrual cycles, and that they appear to get ill more easily, Mitchell adds. “We find that grieving seems to involve a huge physical effort for people – it is not done or felt only in the mind.”

However, this isn’t widely acknowledged. “People don’t really know that because it’s not spoken about,” says Susan Hughes of The Compassionate Friends, which supports bereaved parents and families after a child dies.

MMSFES will enhance ration per scale at par with old practice of 35-kg per family: Zulfkar Ali