Breaking transgender taboos at work, Around the world

With an estimated 15 million transgender men and women in the world, according to the United Nations, lets have a look at how some are are breaking social barriers in the workplace and changing the world around them. 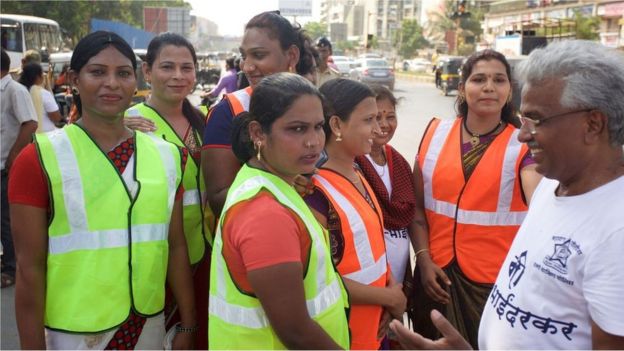 In the melee of honking horns and swerving wheels on a busy Indian road, a policeman with a whistle is easy to miss. But throw in two or three transgender inspectors in high visibility jackets and there’s no problem stopping the traffic.

By working together with these volunteers, the police in rural Thane, north-east of Mumbai gain extra help and a vital new source of information, while their transgender assistants gain credibility and respect. They are suddenly viewed in a position of authority by members of the public who had previously looked down upon them and mocked them.

This particular scheme started when, at the end of last year, a group of transgender women stopped a thief who was being chased by a police patrol car. The force then invited the group to join what is known as the local “police mitra”, or friends of the police.

Their duties include crowd management at festivals, visiting slums and communities to advise on security, and offering a trusted point of contact for people concerned about crime in their area.

In India attitudes to those whose gender identity differs from their assigned sex can often be negative, forcing many transgender men and women to live life on the margins of society.

But it’s hoped this scheme will lead to change across the country. Volunteer inspector Shreeshah is a graduate but despite her education, had found it hard to get a job. But working with the police has changed how others treat her. “I am not treated in an inhuman way as I was before. I can walk freely on the roads now,”

Rajesh Pradhan of the Maharashtra Police believes the scheme, which has seen around 50 people sign up, has been a great success and wants more volunteers.

“Their potential for policing is tremendous,” he says. 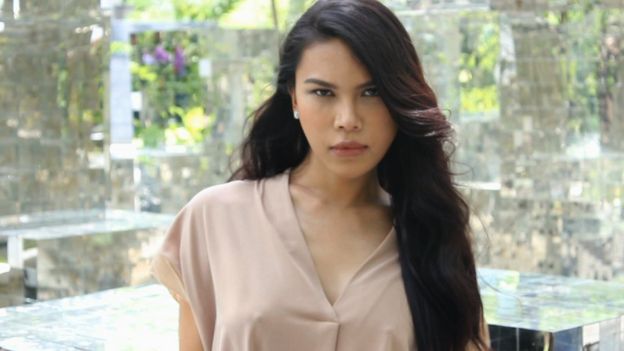 It was down to foreign demand that Siwaporn Hotarapawanond started to see the potential in trans models.

Ms Hotarapawanond, nicknamed Apple, said because there are many transgender people in Thailand, she just thought that there would be opportunities for them to work in the modelling industry.

Since opening the world’s first trans model division in October 2014, Apple Model Management Ltd has recruited around 50 transgender models – from Thailand, Russia, Spain, England, Sweden, the US and the Philippines.

But while trans men and women are no longer pushed to the fringes of society, Apple says more needs to be done to make the business world more open-minded.

“The minute that the clients know the girls are transgender, fewer than 50% get to the casting stage”, she says. “They said that they don’t want them to be presenters for the products because they’re afraid about the image. In business it is like this.”

This was partly why Nisjanaaj Sudlarphaar, who models using the name Sarina, left Thailand for New York four years ago.

“When I worked as a model in New York, most people didn’t know I was transgender. Two years ago, I came back here and things started to change.

“They were happy to see one little girl who went to New York and worked with international people,” she says. She believes her experience brings hope.

Apple says that other agencies would represent the trans models as women, whereas now they could be open about their transgender status. In fact, others are now starting to copy her business model.

“Of course they understand that the clients are going to refuse them. But we are showing them to the clients and explaining that they can work the same as anyone else.

Can Heartbreak and Grief cause Physical Pain?

MMSFES will enhance ration per scale at par with old practice of 35-kg per family: Zulfkar Ali